Skip to Content
Home Auto 3 Advancements from the Automotive Industry

Many of the developments made in the automotive industry have been in response to making vehicles easier to drive and in reaction to environmental concerns from drivers, passengers, and pedestrians alike. We all have a vested interest in protecting the planet if our family names are to continue. These developments are not limited to family cars, the transportation industry has also looked into ways they can better their fleet for the roads and onboard drivers through platforms like https://www.tenstreet.com/ who can follow this new technology for a more efficient driving experience.

Owing to their significant advantages, many automotive industries have started to use advanced composites. The benefits of lightweight and durable composites for fuel savings and design and manufacturing efficiencies are realized across the transportation spectrum, from automobiles to buses to rail. Such advanced composites tend to aid automotive-related manufacturers in improving performance and producing stronger, lighter components.

The earliest form of sat-nav was the Jones Live-Map, patented in 1909. It can be described as a pointer on a turntable. The driver would place paper disks onto it with individual routes on. It measured the direction and distances through a cable that was connected to the vehicle’s front wheels. More recently, in 1988, the AutoRoute Journey Planner, a digital road map of the whole of Britain, was created in a spare bedroom in Surrey. This was the earliest form of technology that can be linked to today’s sat-nav as we know it. In 1990, the Mazda Eunos Cosmo became the first car to have a built-in GPS navigation system. Four years on, the BM7 series E38 made the feature available to Europe. Since the invention of the modern sat-nav, on-screen maps and guiding voices have been navigating car drivers to their desired destinations, through the separate plug-in and in-car versions of the device, furthermore blog posts from sites like RMH OF BANGOR highlight how things like satellite navigation have helped businesses all across the world, showing how it is a great asset to many people and industries. 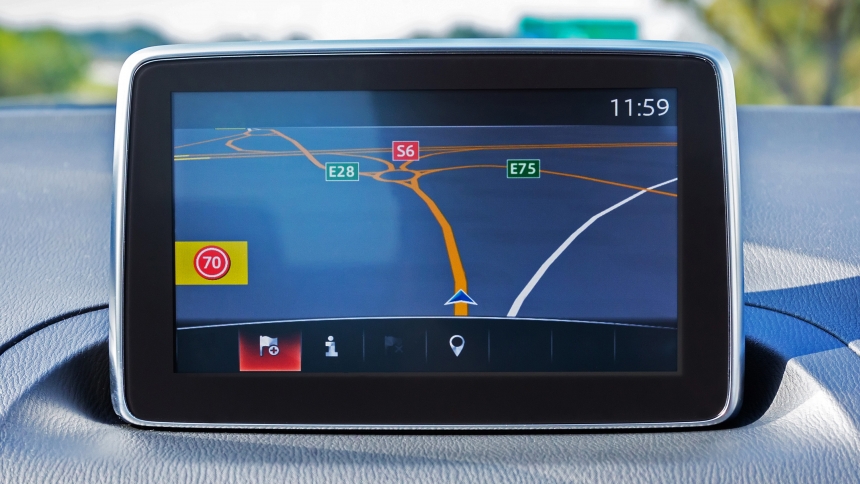 Anthony Foxx, US Secretary of Transportation, declared in 2016 that we would have fully autonomous cars globally by 2021. Steps are certainly being made in that direction, and this is thanks in part to sat-nav technology that will navigate the cars. They could not otherwise drive themselves. Car companies developing self-driving cars include CARMERA, Cruise, Embark Trucks, Nauto, Swift Navigation, Voyage, Waymo, and Zoox.

Many of the electric cars being manufactured use hybrid technology in that a driver can switch to electric power but also use a conventional method to power their vehicle. However, as more and more charging points are installed throughout countries, we may well see more cars manufactured that are entirely powered by electricity. Jaguar have, for example, recently released their I-PACE, which is fully electric. Hyundai’s Kona Electric, which was released in the early part of 2018, was considered a game-changer for the auto industry.

The time required to charge an electric car can vary from 30 minutes to 12 hours. These times are determined by its battery size and the speed at which the charging point delivers the charge. As a guide, an average electric car being charged at a point delivering 7kW will take 8 hours to charge. It is how long it takes for a car to charge that will determine how much electric cars take off. That is, in popularity.

The benefits of electric cars are that they are cheaper to run and maintain, if not to buy in the first place. They will, of course, come down in price as more are sold. Electric cars are better for the environment, and for you. Or at least they will be when electricity generation is switched in its entirety to a cleaner energy source. Ratcliffe is one of Britain’s few remaining Powers Stations that is still coal-fired, and that is due to be shut down by 2025 due to the government’s banning of coal-fired power. In addition, electric cars are quieter to drive and so a more pleasant driving experience. Although, those with hearing difficulties may argue that the quieter vehicles compromise their safety, as they cannot hear the cars coming towards them. Also, of course, you still cannot eliminate the road noise for the driver, even with all the windows shut.

The main disadvantages to electric car ownership at present relate to finding a charging point nearby, and with regards to how long the vehicles are taking to charge. Electric cars are currently ideal for short journeys but perhaps a more problematic prospect when driven over longer distances. A driver certainly needs to think out their route carefully, and in advance, in relation to having a charging point nearby when it is needed. However, continually advancing technologies developed by companies have initiated the facility to install a charging station at one’s own house. Interested parties can simply do a search using phrases like “EV charger installation in Atlanta” and check if the said option is available in the region where they reside. Hopefully, the ever-increasing popularity of electric cars will be sure to solve both issues.